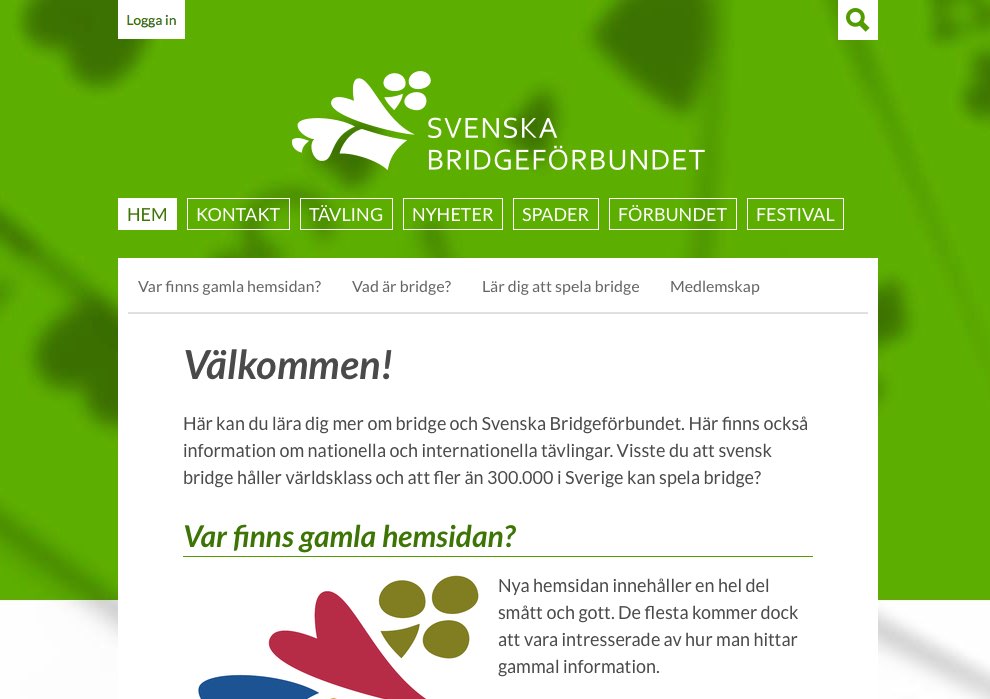 The Swedish Bridge Association (the card game) with some 30000 members needed a new web site as part of a IT-system upgrade. A first version has been released in time for the big summer Bridge festival. Later on, all their sub sites will be merged it to the new main site including member administration systems.